So, I haven't blogged for a while, because I got this crazy idea that I should go back to school back in the spring. It's going well, but even with just two classes a semester, it's a bit of a time-suck, but I promise I'm going to try to get better about sharing recipes and product reviews more on the regular. For now, though, I wanted to jump back into things with an absolutely amazing gluten-free bread I've found.

Back in 2012, I checked out Schar's White Bread Rolls, and they were pretty darn tasty. As I mentioned then, I don't really buy a lot of pre-made GF bread things, for a variety of reasons, but mostly because a lot of times they're terrible. If something tastes like a cardboard box, putting chicken salad or ham'n'cheese ain't gonna make it taste less like a cardboard box. It's just going to taste like a cardboard box with toppings.

Anyway, I decided to treat myself to something nice (or at least, so I hoped) and bought a package of Schar's Deli-Style Bread. It looked interesting. It looked like it had texture. It looked like - dare I say it? - a soft rye. Color me intrigued. 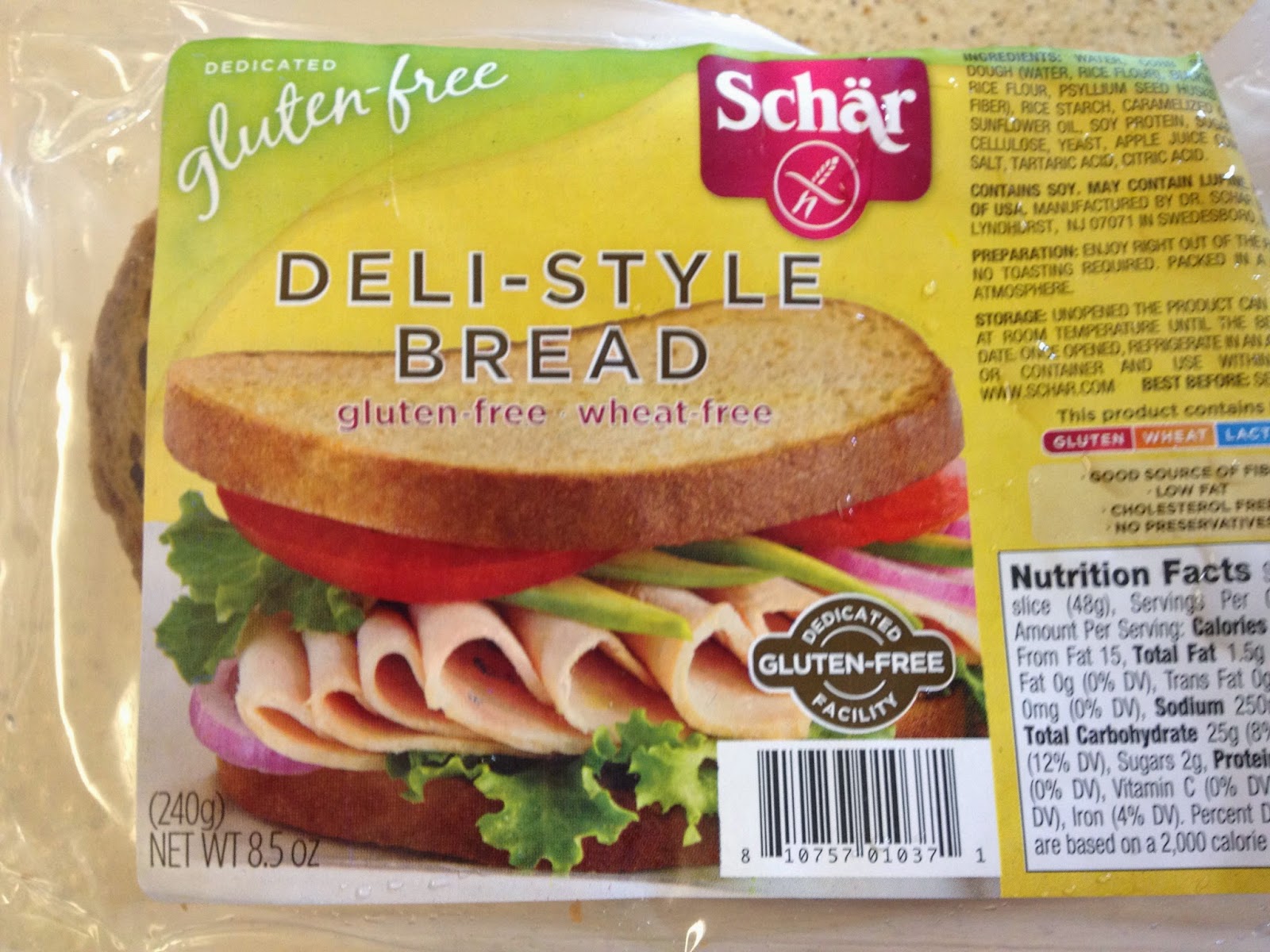 Now, a quick aside - you only get five slices per package. It doesn't sound like much, but they're pretty good-sized pieces of bread. Deli size. You could easily make five meals out of them, if you use one slice per sandwich.

I was hungry. I used TWO slices and I'm not ashamed to admit it.

In fact, I made an absolutely lovely grilled turkey and cheese sandwich with pesto mayo on it. The bread has a great flavor, it's soft enough that you could eat it without toasting or grilling it, and it holds together beautifully. Did I mention it has a great flavor? Seriously, guys, it tastes like a light rye (the company's website says it's sourdough, but I'm not really getting that sourdough vibe at all). 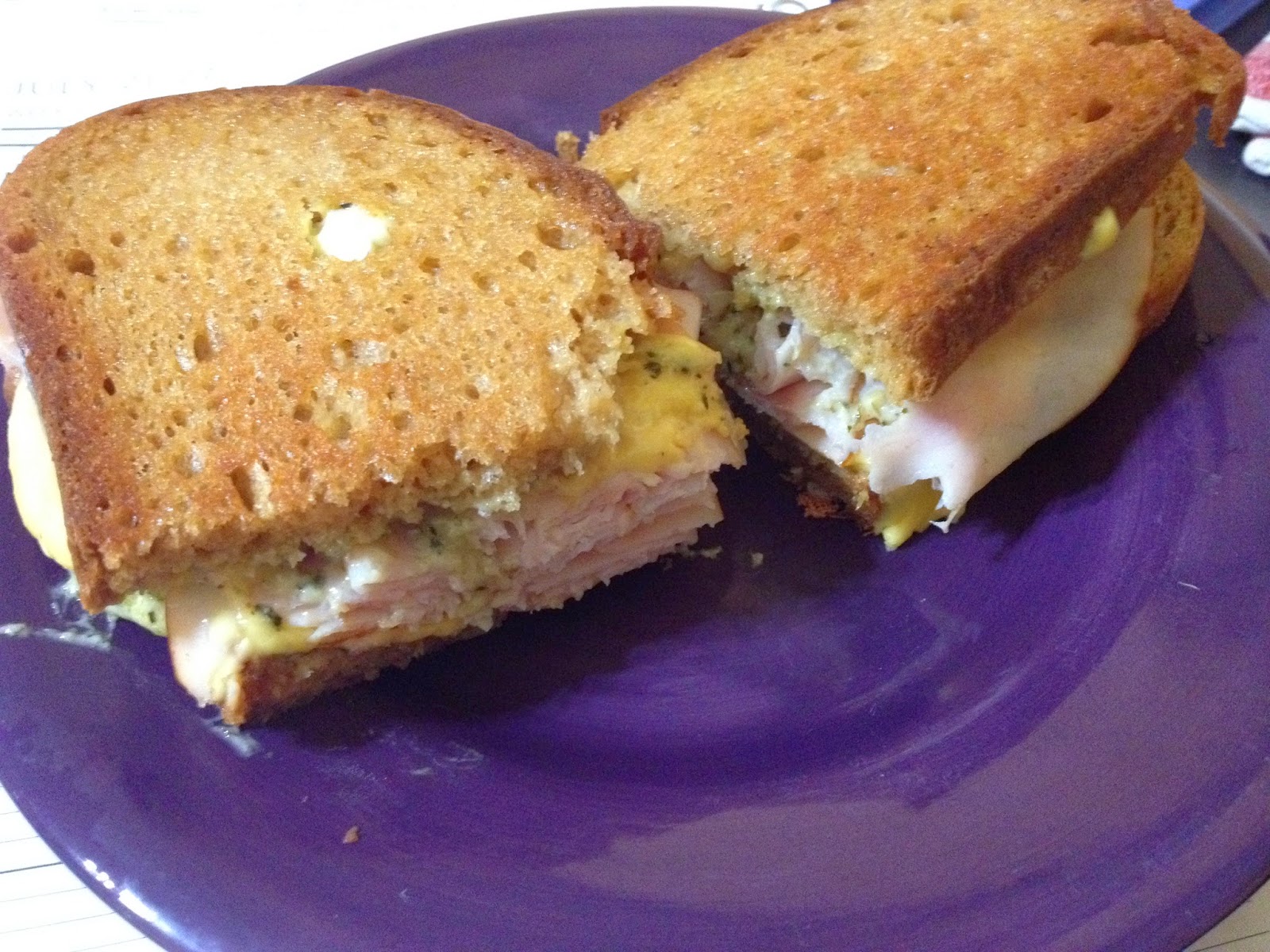 Anyway, go try some Schar bread. It's seriously yummy, and it's so soft you'll forget you're eating a gluten-free sandwich bread.
Posted by Patti Wigington at 4:17 PM