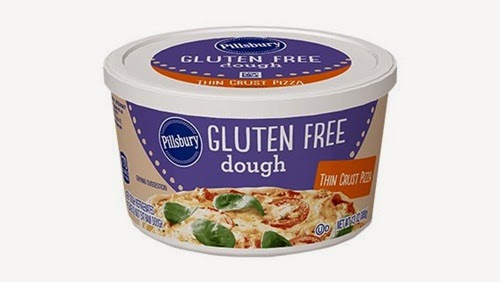 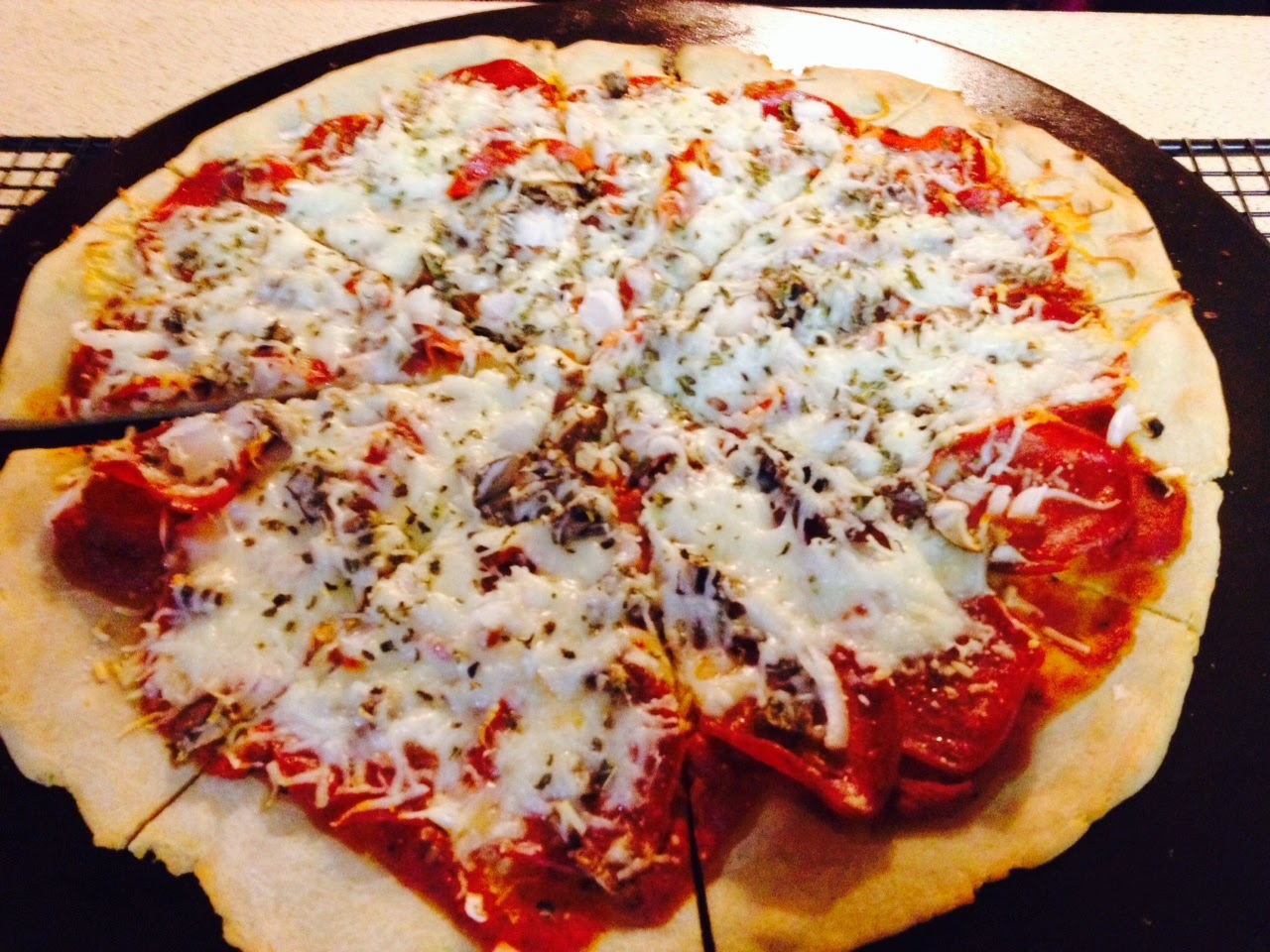 
Posted by Patti Wigington at 7:16 AM No comments:

I love cinnamon rolls. Like, really love them. They're the perfect weekend breakfast food. However, they're also fairly time consuming to make from scratch, which I have to do if I want them to be gluten free, so I really haven't bothered to make them in, oh, I don't know, three years or something.

So the other day I was at Ye Olde Grocery Shoppe and saw that Chebe has a cinnamon roll mix. Hmmmm, thought I. Chebe's cheese bread and focaccia are staples in my pantry, and I keep them on hand in case I'm having a bread emergency, because they're tasty. I figured I'd give the cinnamon roll mix a shot. 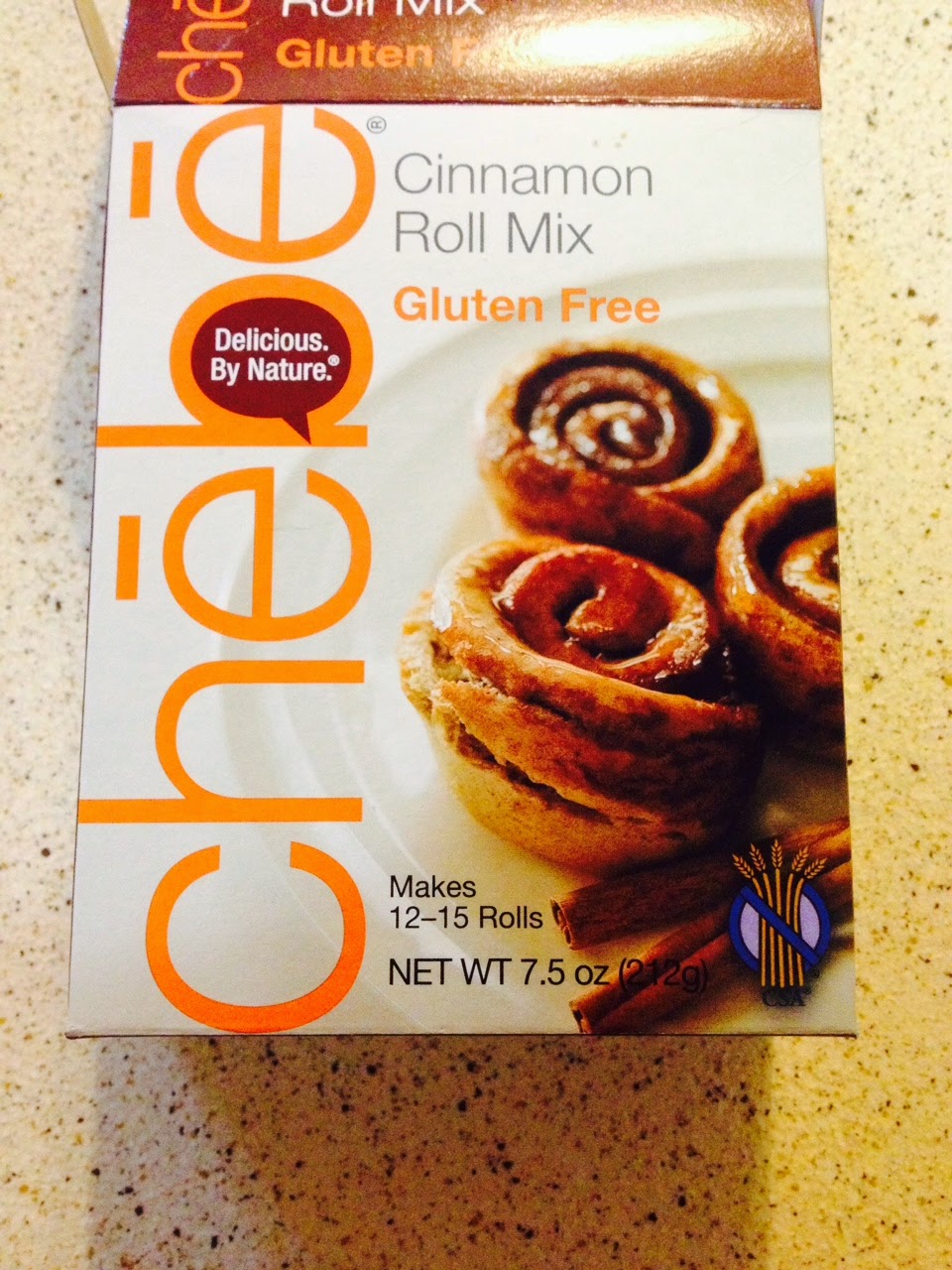 Like all Chebe mix, it's pretty easy to bang out a batch of these. The mix blended easily, and I think it took me maybe five minutes to get everything combined and ready to roll out.

Here's where a lot of gluten-free mixes fail. One of the reasons that gluten is such an important thing in baking is that it's what helps bind stuff together - it's a sticky, stretchy protein that makes everything have a structure and shape instead of just being a dense loaf of flours. A problem I see with many commercially prepared GF mixes is that they haven't included enough of whatever alternate ingredients make the dough stretchy, so things tend to fall apart when you're doing important stuff like, say, using a rolling pin. I'm happy to say that the Chebe cinnamon roll dough rolled out pretty well. I use a silpat-style baking mat to roll everything out, liberally sprayed with cooking spray, and was able to easily get the dough to the recommended 8x12" dimensions. 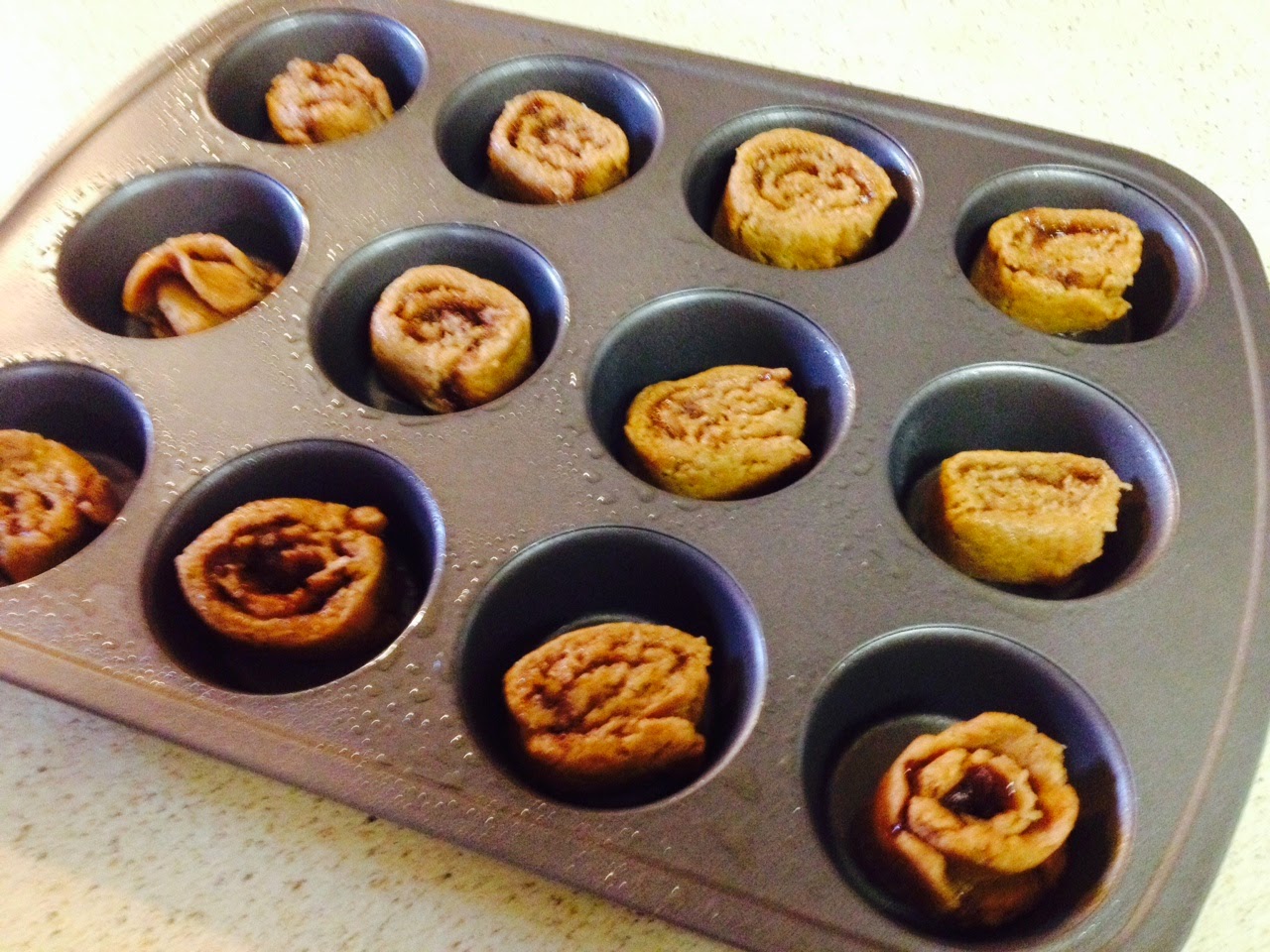 Topping it was easy, and even the roll-up process wasn't too bad - this part, though, is definitely a good reason to use a baking mat when you work with dough. You can simply angle the edge of the mat up and flop the dough back in over itself to get your roll rolling. Slicing it up worked pretty well, and it was no problem to get the 12 slices the box said I would get.

The box says to bake the rolls for about sixteen minutes, but honestly they didn't seem quite done, so I gave them an extra two. That's going to vary depending on your oven. Now, here's one thing that's important to remember about these cinnamon rolls. If you're expecting something that's going to quadruple in size, like those refrigerated cinnabun monstrosities that our gluten-eating family members get to eat, you're doing to be disappointed. These do not plump when you cook 'em, although they do expand out just a little bit. 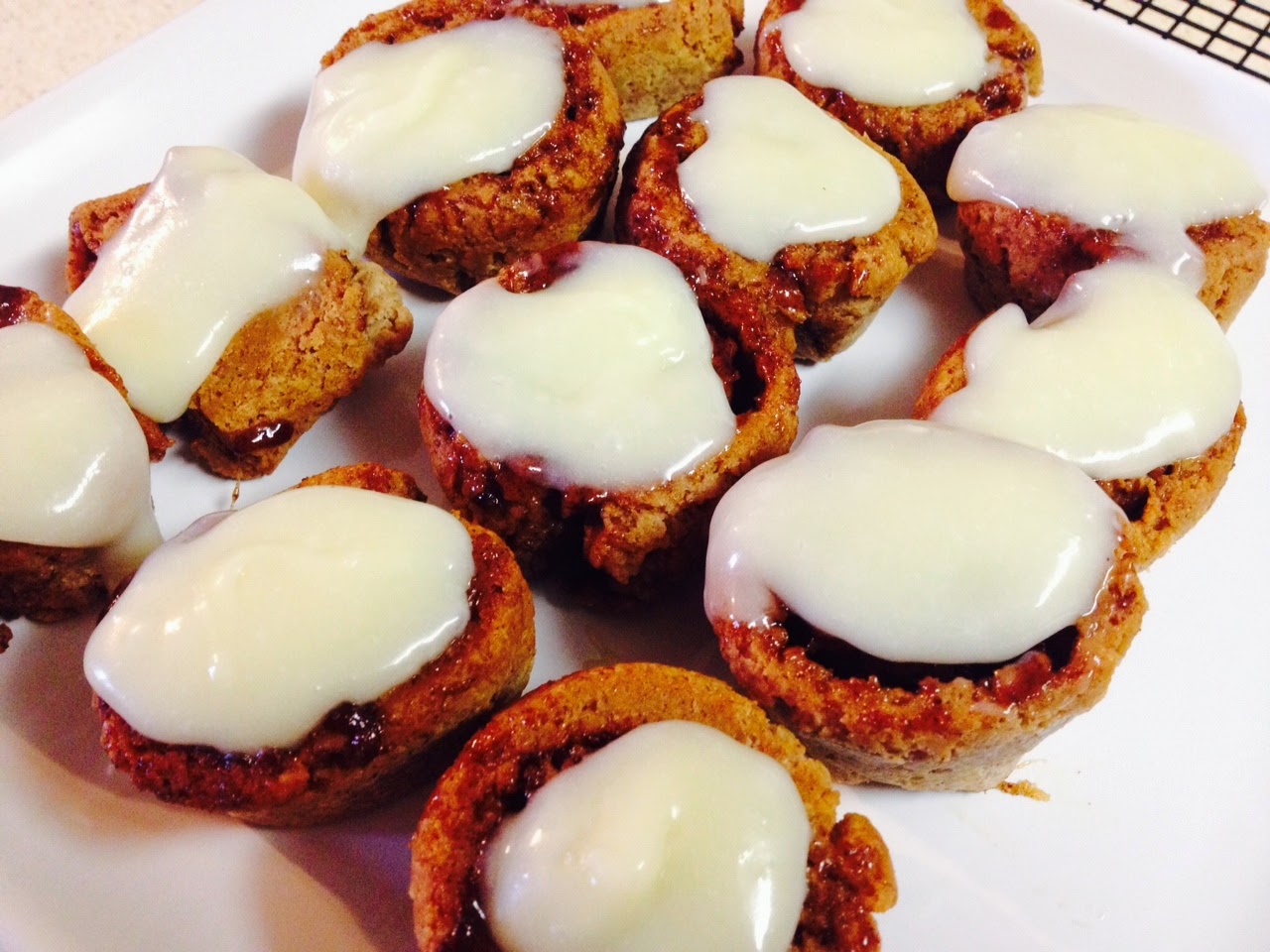 Flavor-wise, they're delicious - they taste just like a cinnamon roll should. Texture-wise, mine came out a little firm on the outside - with a chewy consistency almost like a cookie - and softer on the inside, but again, that may have to do with my oven.

I like my cinnamon rolls with frosting, so I whipped up a quick batch of cream cheese topping to spread on the top, but honestly, they would have been just fine without it. On the whole, if you're going to use a mix, Chebe has a decent blend available here - like I said, they're not big or puffy or fluffy cinnamon rolls, but they're tasty, have a good consistency, and are easy to whip up if you want a quick and delicious breakfast. I'd definitely recommend these to anyone who's a fan of my "work smarter not harder" philosophy, and keep a box on hand in your pantry just in case you're having a hankering for cinnamon rolls and aren't interested in making them from scratch.
Posted by Patti Wigington at 6:53 AM 1 comment: